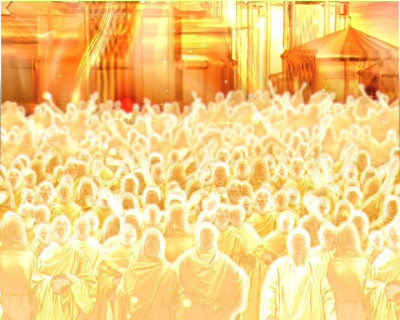 I have noticed in a number of congregations recently the quoting of Rev 5:9 or Rev 7:9 to provide biblical support for the celebration of racial diversity in itself in the church of Christ. “Diversity Days” and other special treatments that celebrate racial and cultural diversities in the Church of Jesus Christ is unnerving. Does the Kingdom not have its own culture and diversity? Should you bring your first birth ethnicity to the church?Let’s compare two translations of this well quoted scripture:

“After these things I looked, and behold, a great multitude which no one could number, of all nations, tribes, peoples, and tongues, standing before the throne and before the Lamb, clothed with white robes, with palm branches in their hands,”

“After these things I looked, and behold, a great multitude, which no man could number, out of every nation and of all tribes, peoples, and languages, standing before the throne and before the Lamb, dressed in white robes, with palm branches in their hands.”

The little preposition ‘of’ creates a meaning opposite to ‘out of’. Little words, can lead to big differences in meaning.  We cannot underestimate the power of a good translation, and though the NKJV is solid , here it disappoints. Let us see what does the text say in the Greek interlinear: 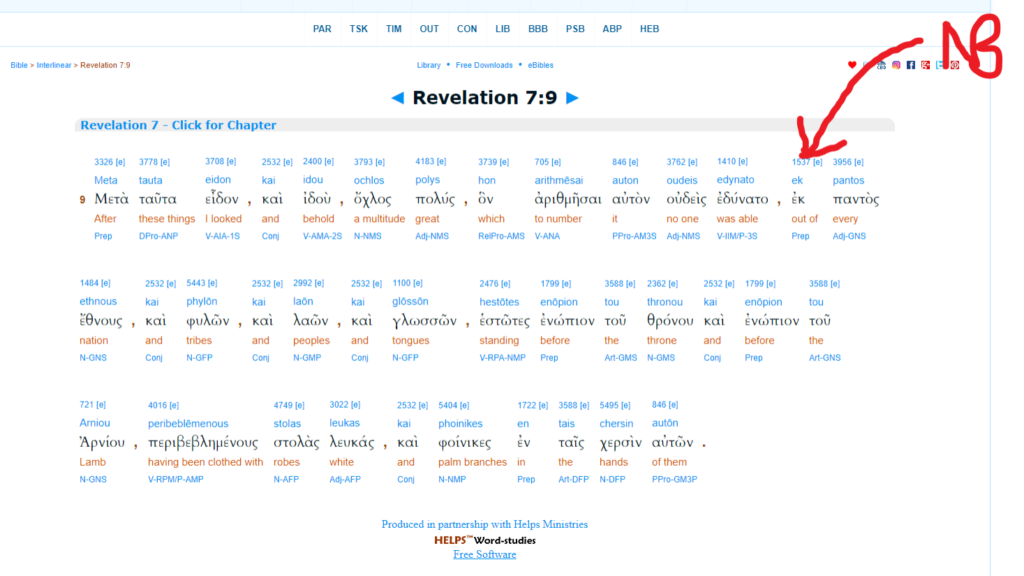 This little greek preposition ‘ek’ or ‘ex’ is rich meaning. According to Helps Word Studies it does not only mean ‘exit’ as going out but has a double layered meaning:

As one who loves diversity, I used to quote Rev 7:9 as biblical support for the natural racial divisions of humankind that are transferred into heaven and are fully represented there in a sort of racial, linguistic and multicultural diversity-fest. But is that what the scripture says?

Let’s illustrate the meaning of ‘ex’ with a pictorial illustration, in the way the NKJV translates it VERSUS the more accurate WEB translates the Greek:

Night and day difference! Out of the depths of the source (of all nations) and extending to its impact on the object (heaven)’. A new multitude, transfigured, belonging to a new ethnos.

No longer a Goldfish

This goldfish is taken out of the fishbowl-kingdom and placed into the kingdom of light. The goldfish ceases to be a goldfish bowl citizen in the truest sense of the word. He becomes a new creation in the Fathers hand. He is now no longer able to represent the fishbowl from whence he came. We cannot bring our earth-based first birth racial, tribal or cultural identity to before the throne. Even our language changes. English is my second language.

“But you are a chosen race, a royal priesthood, a holy nation, a people for God’s own possession, that you may proclaim the excellence of him who called you out of darkness into his marvelous light: who in time past were no people, but now are God’s people, who had not obtained mercy, but now have obtained mercy. Beloved, I beg you as foreigners and pilgrims, to abstain from fleshly lusts, which war against the soul; having good behavior among the nations, so in that of which they speak against you as evildoers, they may by your good works, which they see, glorify God in the day of visitation.”

This must be one of the most profound portions of all scripture. Contemplate what it says! A born-again Christian becomes part of a new race and new nation. The word race above is genos (Str 1085) which well means race, genos’s root word is genomai (Strongs 1096) which is even more telling: “I come into being, am born, become, come about, happen”

The “chosen race” is the one that is born again, the brand new born again race! That is the chosen, or eklektos (from where the word eclectic comes) – the born again Israel of Christ. Yes, the regeneration nation. Regenerated citizens of a new nation.

Therefore, we are trans-racial, trans-cultural, trans-lingual. We are not multi-lingual, multi-cultural, multi-racial. You need to leave your culture, like Abraham did, like Ruth did – become part of Jesus’s Holy Nation. The church should be mono-cultural, children of one Father.

Excerpt from the Epistle to Diognetes, c. AD 130, a lesson from church history:

“For the Christians are distinguished from other men neither by country, nor language, nor the customs which they observe. For they neither inhabit cities of their own, nor employ a peculiar form of speech, nor lead a life which is marked out by any singularity. The course of conduct which they follow has not been devised by any speculation or deliberation of inquisitive men; nor do they, like some, proclaim themselves the advocates of any merely human doctrines. But, inhabiting Greek as well as barbarian cities, according as the lot of each of them has determined and following the customs of the natives in respect to clothing, food, and the rest of their ordinary conduct, they display to us their wonderful and confessedly striking method of life.

They dwell in their own countries, but simply as sojourners. As citizens, they share in all things with others and yet endure all things as if foreigners. Every foreign land is to them as their native country, and every land of their birth as a land of strangers. They marry, as do all others; they beget children; but they do not destroy their offspring. They have a common table, but not a common bed. They are in the flesh, but they do not live after the flesh. They pass their days on earth, but they are citizens of heaven. They obey the prescribed laws, and at the same time surpass the laws by their lives.

They love all men and are persecuted by all. They are unknown and condemned; they are put to death and restored to life. They are poor yet make many rich; they are in lack of all things and yet abound in all; they are dishonored and yet in their very dishonor are glorified. They are evil spoken of and yet are justified; they are reviled and bless; they are insulted and repay the insult with honor; they do good yet are punished as evildoers. When punished, they rejoice as if quickened into life; they are assailed by the Jews as foreigners and are persecuted by the Greeks; yet those who hate them are unable to assign any reason for their hatred. To sum it all up in one word — what the soul is to the body, that are Christians in the world.”

Read Rev 7, the worshipers are all dressed the same and sing the same song of the Lamb. The only colour mentioned is the red of the blood of the Lamb and the white robes of the worshipers. ‘They washed their robes, and made them white in the Lamb’s blood.’ Rev 7:14 How do you make a soiled garment white? You bleach it. The Blood of Jesus is like divine bleach, it washes deep into the fibres of a fabric. It is like JIK. It is the ultimate whitener! Your clothes can be any colour in Heaven, so long as its white!

So you have a robe but you get to wash it in bleach till its white. Your soul gets bleached white by the blood of Jesus. 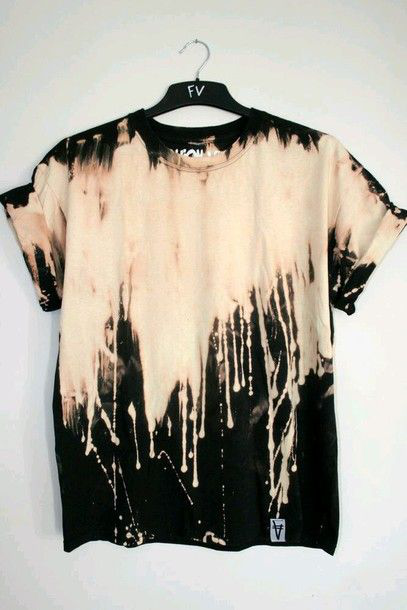 Biblical Diversity is Spiritual and Inward, not Racial and Outward

From what life do you live? Do you live from the life of the first Adam or the last Adam? Who powers you?

I mean do you eat the pizza box or the pizza?

What was more awe-inspiring? To behold the exquisite beauty of the crimson and blue tapestry with gold and silver thread woven in artistic patterns inside the Tabernacle of Moses (which is a type of Christ) or upon the ugly dried up badger skins that covered the Tabernacle. Jesus is like us from the outside, nothing to look at BUT when we behold the one who manifested on the mountain of transfiguration – I mean this is glory!

We are a people called to the inward, we are of an inward kingdom!

So, what if part of your first birth culture, is kingdom? Then it transfers, not because it has some right to be represented in the church but because there are cultural elements ‘among the nations’ that match the kingdom. For instance, the cultural hospitality of some first nation people, this is kingdom culture, it transfers.

Worldy norms that are Adiaphora

There is a powerful greek word concept called “adiaphora” – things that God is indifferent to, spiritually neutral things like the things Paul mentions in Romans 14. They not celebrated or censured – they basically don’t matter to God, and they should not matter to us. Its like God ignores them because they are irrelevant compared to the mind exploding truth of the New Creation, for instance. Circumcision is nothing, so is uncircumcision is nothing. It follows, that it is pointless to have ‘diversity days’ to celebrate cultural differences. You generate what you celebrate and celebrating things of indifference to God is rather pointless would you not say? I love Indian curry when I go to Durban and Malay Samoosa’s in Cape Town, but these things are things of indifference to God, let us not make them things that differentiate and divide us.

Worldy norms that are to be Censured

However, the fallen nature of man has ensured that the nations of this world are by and large radically different to the Holy Nation Jesus founded. Like Israel was meant to be to the Gentiles, a light; so the church is a light to the world. The world is not a light to the church.

Israel and the church’s continual problem has been adopting the ways of the nation’s we are sojourners in, instead of them walking by the light of Christ in His Church. This is the source of diversity discontent. We don’t don’t worship prosperity like the Baal worshipers did or worship politicians like the ancient world worshiped Caesar as god and savior.

We generate what we celebrate. Let us be careful to celebrate what God celebrates. Let us not rebuild and strengthen the middle wall of separation that has long been abolished already. Let us live agape-culture, Jesus-culture in a world lost and disconnected from Him. Let us manifest the extremely broad range of Jesus-culture unashamedly. Let us glorify Him in our uniqueness, in the hidden person of the heart, not based on our skin colour or any other outward, fleshly basis of difference. Then they will see our love and not our differences!